Was the Australia Concil’s abolition of the New Media Arts Board the single worst decision by an Australian cultural agency of the last decade? It’s certainly beginning to look that way. 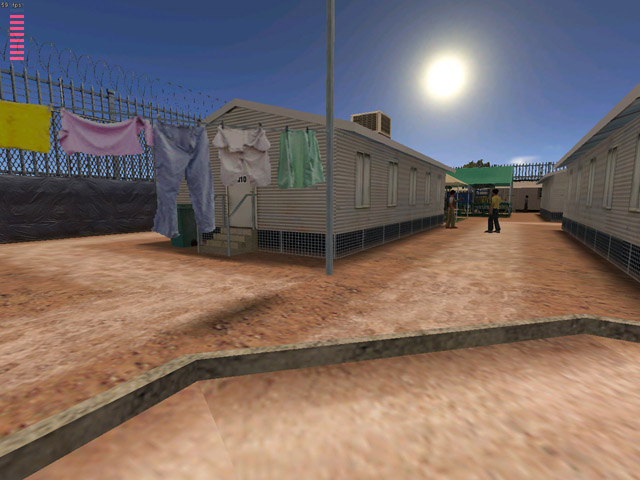 A screenshot from "Escape from Woomera". Speculation persists that the funding of the game by the Australia Council's New Media Arts Board led eventually to that Board's abolition

Cast your mind back to 2004. John Howard is ensconced in power after comprehensively defeating Labor’s self-destructive Mark Latham. The culture wars rage on the op-ed pages of Australian daily newspapers (remember when people still read daily newspapers?). And in the arts, internal political machinations lead to the axing of two of the Australia Council’s most progressive and innovative funding boards: the Community Cultural Development Board and the New Media Arts Board. It all happens late in the year, with a brusque announcement by the CEO of the Australia Council, Jeniffer Bott, that the Australia Council would be “refocussing.”

At the time, Keith Gallasch called it a “devastating failure of nerve.” The CCD sector organised some relatively feeble protests, while OzCo’s power play steamrolled internal opposition. In response to the criticism, an amazingly poorly briefed Bott organised a series of largely symbolic “consultation meetings” which did little to allay fears that any “consulation” was merely window-dressing. Dark rumours circulated in the sector that the abolition of the New Media Arts Board in particular was payback for its funding of the controversial game mod Escape from Woomerra, which implicitly criticised the Howard Government’s highly politicised refugee detention policies.  Artworld insiders like Michael Snelling rallied to Bott’s cause, giving self-serving interviews to arts journalists like myself.

Five years on, what’s the wash up? Bott has moved on, replaced by Kathy Keele, and the Australia Council is playing a desperate game of catch-up with this whole “‘digital culture” thing. But, as we’ll explore in this post, OzCo doesn’t get it. It’s not even close.

As Marcus Westbury acknowledged in a recent article for The Age (now posted on his blog), “the “Australia Council has retreated further and further away from engagement in contemporary culture. The results are on the board to see.”

Westbury is writing about the recent joint ABC-Australia Council event, Revealing the Arts: creative conversations and solutions for the digital era (an event we were both invited to, but which we declined to attend, in my case because no travel assistance was offered). It posed a perfect opportunity to examine the relative approaches both agencies took to digital culture:

A cursory glance at the program makes it clear it is aimed squarely at the major cultural institutions that dominate the Australia Council’s budget and its thinking.

That the Australia Council is interested at all is a positive. Their recent “Arts content for the digital era” strategy is a step forward. Yet there are vital basic assumptions that are rarely questioned: that the culture, the cultural organisations that deliver it, the cultural needs and infrastructure of Australia will remain more or less fixed. Technology is merely about the marketing, the branding, the language, the revenue and the education programs. The idea that the culture itself is changing and evolving is rarely considered. Technology merely changes the hype and the pitch to keep the kids interested.

The ABC has long moved beyond that. The broadcaster has realised that in order to justify its continued existence, it needs to keep questioning and evolving its roles. Since the handful of hobbyists built the first ABC website in the 1990s, ABC leadership — to varying degrees — has recognised the importance of experimentation, innovation and branching into new areas. It has not been easy. They’ve got it wrong at times and done so against a background of constant sniping that resources were being drawn away from core areas.

The Australia Council has largely taken the opposite tack. They’ve retreated towards a heritage rump. They’ve engaged occasionally, mostly faddishly, with experiments in new media — they created with much fanfare a new media arts board. They subsequently abolished it. They’ve acted defensively, not inquisitively, strategically or even opportunistically.

As the ABC has invested in new audiences, new ways of doing things and new initiatives, it has largely paid off. Parts of the ABC are growing, parts are vin decline but on the whole it’s a healthy and — most importantly — a culturally relevant system to most Australians.

Meanwhile, the Australia Council sits on narrow terrain that has seismically shifted. The entire world of professional and amateur creation, of ad hoc exhibitions and global audiences opened up by the internet, has been ignored. Changing forms have clashed with archaic art-form definitions. The result is that proportionally less and less Australian art and culture has anything to do with the Australia Council.

I think the decision to abolish the New Media Arts Board will eventually be seen as the beginning of the end of the autonomy of the Australia Council – perhaps of the entire Australia Council model. The naked reactionism of the decision has  only grown more obvious with hindsight,  along with the policy irrelevance of OzCo more broadly. Exercises like Revealing the Arts reveal nothing more than the fact hat The Australia Council as it currently exists is comprehensively captured by the major organisations it funds – despite some cosmetic attempts to “Make It New” and a one-off injection for small-to-medium performance companies.

The result is that for most Australian artists and creative workers, the Australia Council is irrelevant. It is seen as basically disengaged with the culture and art of broader Australian society – and completely  irrelevant to the vast field of digital and online culture as it is practised in the year 2009. The lack of ambition and sketchy, almost amateurish details of the Australia Council’s Arts Content for the Digital Era strategy – a document only 14 pages long, and one which doesn’t even mention the word “Facebook” – only reinforces Marcus’ point.

“Arms length” has turned into “institutional capture” and the result may eventually be the end of the Australia Council as we know it. Which for the average working artist might even be a good thing.